Mope.io Giraffe is one of the most powerful animals in everyday life. The same goes for Mope.io Giraffe, which has numerous capabilities within the arena. The animal is not very old, and was released in the update, rolled out in November. It is similar to other animals, of the same level.

The Popularity Of The Mope.io Giraffe

Mope.io Giraffe is the eighth animal, and a similar capabilities, if compared to other animals like cheetah, the wolf or the stingray. The animal being a new one, there are a number of players, who do not know about it, and do not use animal after evolution, for not knowing the powers of the animal. Players in most of the cases go for cheetah or a stingray, as they are really powerful. But the best part is that, Mopeio Giraffe has equal capabilities, and thus you should give the animal a try. 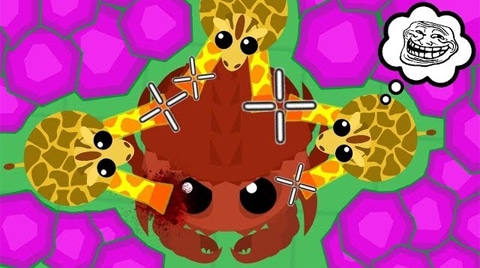 The Evolution Details Of Mope.io Giraffe

Mope.io Giraffe is an animal, which get its evolution from a donkey, a turtle or any other animal, after the player reaches 7900 XP. The 7900 XP or 8000 XP is very high, and the players avoid taking risks at that level, such that they can be in the arena for a long period of time. But the good side is that, if the player has a good time with the giraffe, they can easily get evolved into a gorilla, a lion, or a pufferfish after reaching 15,000 XP. It has the ability to feed on a number of other animals within the arena, which include pigs, foxes, zebra, etc. The user can press the W button to stomp.

The Appearance Of Mopeio Giraffe Animal

The giraffe is an animal within the game, which can easily be observed, due to its special colors, or its special appearance. In the game, the Mope.io Giraffe is yellow in color, with a number of stripes on the body similar to that of a giraffe in real life. As a player can get evolved into a giraffe after a very high XP, there are only a few animals, which prey on giraffes. There are no other special powers of the giraffe like that of a hedgehog or stingray has.

We use cookies to ensure that we give you the best experience on our website. If you continue to use this site we will assume that you are happy with it.AcceptSee Detail